My Life as an Expat Mum in China 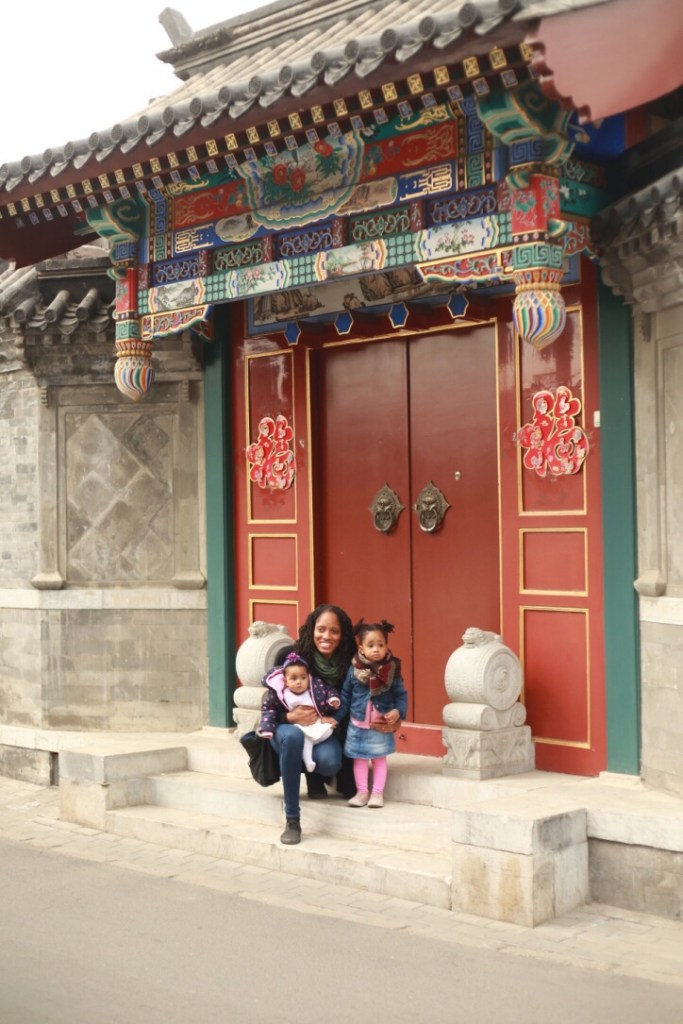 This post originally appeared on itisreal.net and is reposted with permission by the author.

The life of an expat is often viewed as glamorous, stress-free and full of tasty, exotic cuisine. It’s true, living abroad often does include these elements of fine living. However, my experience as an expat is a great deal more complex that the above description.

There are many positive aspects to my life in Beijing. First, the cost of living is significantly cheaper than in London and so living and working in Beijing is a great way to save money. Second, during the 6+ years that my husband and I have lived in China, we have met many incredible people that hail from all over the world. Third, we have found a great community. I spoke about this in a previous blog post but it’s worth repeating. Many of the expats I know live thousands of miles away from their biological families and so we have become for each other a family away from family. We band together in a way that we perhaps would not have to if we lived closer to our relatives.

While acknowledging the many advantages of international living, it’s important for me that I do not perpetuate the myth that life abroad is all fun, sun and cocktails. For me life as an expat has always been challenging. Becoming an expat Mum has added an extra dimension to this challenge.

I live in a land where I am very obviously a foreigner. Everyday I step outside I am reminded of just how much I do not blend in. I’m reminded of this when I hear the word “Wài guó rén” as I walk down the street. This word literally means “foreigner” and to say I hear it often is a vast understatement. I’m also reminded of my alien status when complete strangers ask me where I’m from. This is before “Hello”, “What’s your name?”, “How is your day going?” or any of the other pleasantries that usually signal the beginning of a conversation. It seems that ascertaining where exactly I originate from is of far greater importance than anything else.

Then there are the occasions that young children point at me with their mouths wide open in disbelief as if to say, “So the stories are true, they really do exist!”

Beijing is an ‘interesting’ place to be an expat. I’ve learned that If your face doesn’t fit you will never truly be considered as one of the pack. Even if you were born and raised here and speak the language perfectly. It seems that being Chinese has less to do with an individual’s place of birth and upbringing and everything to do with the shade of their skin.

This is probably why whenever I tell a local person that my daughters are Chinese I’m met with a smile or sometimes even an outright laugh. One man once countered my statement with, “Impossible!” These responses seem harmless enough but below the surface there’s a deeper message that is being conveyed.

I doubt my parents spent much time contemplating such things back when they were rearing my siblings and I in cosmopolitan London. Growing up, I was allowed to feel British but I also had a strong sense of my ethnic roots. The two facets of my identity existed quite happily alongside each other and my Britishness was never questioned.

Another area of expat life that I have often found challenging is my inability to express myself fluently in the national language. There’s a certain power and freedom that comes from being able to fully articulate oneself. I think the weight of this power and freedom can only truly be appreciated by the one who knows what it is not to possess this ability. There is something quite humbling but also extremely frustrating about having to rely on others to communicate on your behalf.

In addition to such communication inadequacies, I have also struggled with the feeling of missing out on life back ‘home’. I am fortunate enough to be able to make it back to England at least annually. However, other people’s lives don’t always fit neatly within the parameters of my vacation dates. Subsequently, I have missed a number of weddings, birthdays, baby dedications and graduations that I would have loved to have attended. I sometimes fantasize about owning a private jet so that I can fly to London as and when I wish. However, such daydreaming is a mere distraction from the reality that living in the very Far East often necessitates missing important events in the lives of my loved ones.

When it’s all said and done though, the positives do seem to outweigh the sacrifices. But ultimately, our decision to live in Beijing goes far beyond the many perks- the cheap public transport system, the affordable housing or even the fantastic community. For us it all comes down to purpose. Put simply, for the time being, Beijing is where we are meant to be.

Despite the challenges, I honestly believe that my children’s upbringing will be richer as a result of having lived abroad. It is my hope that not being allowed to fit into the dominant mold that surrounds us, will help them own the truth that standing out from the crowd is not always a bad thing.

In our family, we believe that earth is not our real home. We cling to the knowledge that we are just passing through on our way to to our final destination. If it’s true that we are aliens in this world, then fitting in was never supposed to be part of the equation. Living as an expat in Beijing provides ample opportunity for this point to be reinforced.

Pamela is a British freelance writer living in Beijing. She blogs about her life in China and the adventure inherent in raising children in a foreign land. Connect with her at: www.itisreal.net.