What to Expect When You’re Expecting to Move to China: 6 Tips for Raising Kids in The Middle Kingdom 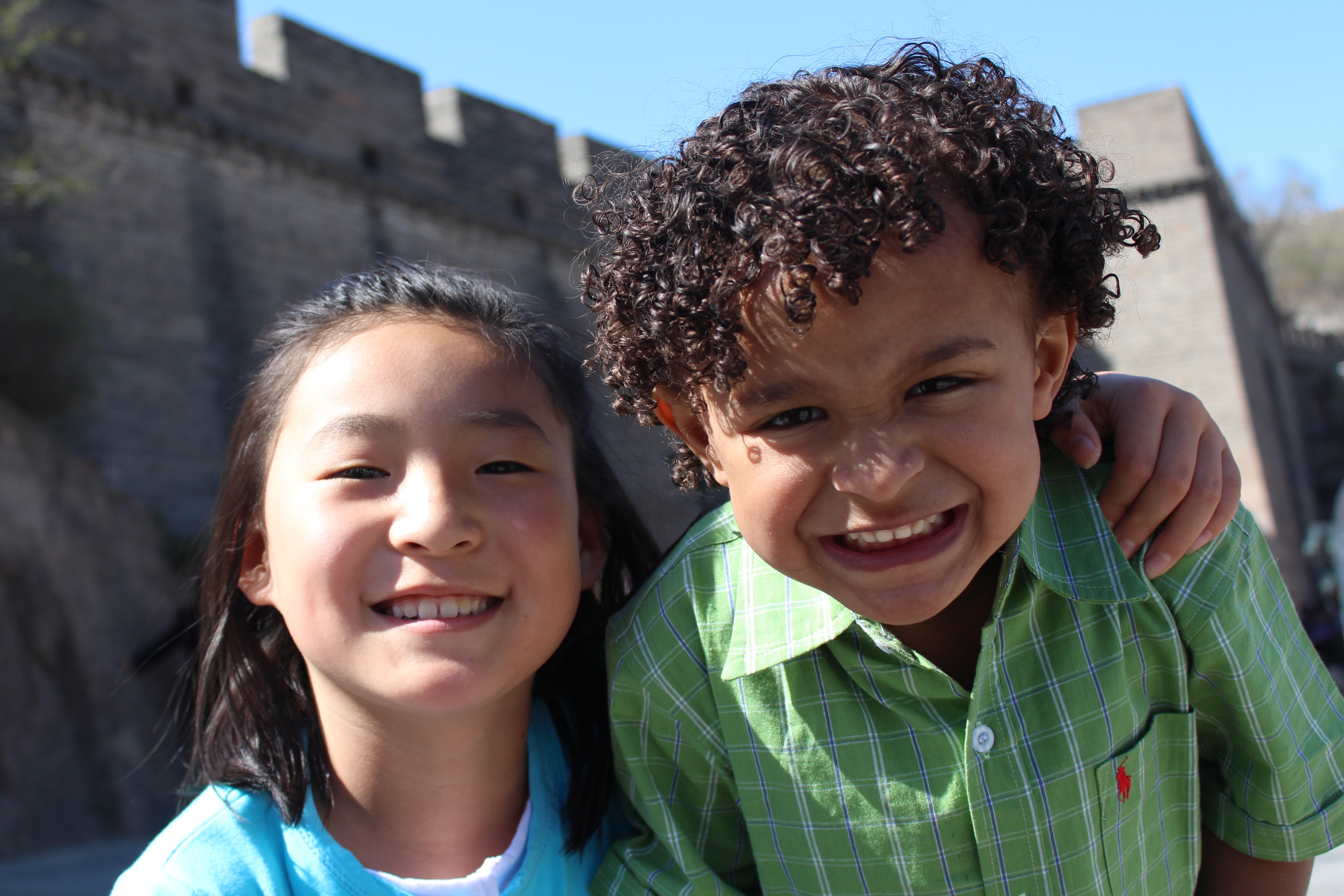 The following article is presented by HBIC contributor Jerry Jones. Jerry has vast experience in China and writes a popular blog at www.thecultureblend.com. Check out his site to read more awesomeness.

If you are among the thousands of families who are in (or recently went through) the process of  packing up your lives and relocating to China then I’m happy to tell you that whatever is going on inside that confused little head and heart of yours is absolutely, undeniably . . . normal.

It’s even normal to be massive amounts of both at the same time and not know which one you are at any given moment. Don’t feel guilty if you catch yourself looking at your kids and thinking to yourself, “what in the world are we doing?!”

Trust me.  You are not alone.

Stepping out into the unknown with children can be nerve wracking.  So in the interest of pulling your expectations and reality a little bit closer together . . .

Here are 6 tips to help you prepare for raising kids in China:

No doubt about it — Westerners love them some personal space.  We’ve been trained from the earliest days of our lives that there is an invisible force field around us which no one is allowed into.  If you stand in my space I get uncomfortable.  If you drive into my space, I shake my fist and call you a moron.  If you listen into my space you are eavesdropping (jerk).  If you look into my space I can fight you.

In China (suffice it to say) it is less of a value and guess what . . .  you are one of the weird things.

It’s pretty common for foreigners (like yourself) to get frustrated by curious onlookers who are breaking all of the personal space rules that they have grown to love deeply.

Old men who stand three feet away and stare incessantly.  Old ladies who tell you to put more clothes on your baby.  Mothers who grab their kids, point and say, “there’s one, there’s one!”  Crowds that gather to take your picture.  In some form or another your personal space will be invaded.  Count on it.

It might help to know that what is happening is cultural and not personal.  It might also help to remember that the space around you (where your force field usually sits) is actually Chinese space — and you’re standing in it. Bonus Tips

More good news.  Your kids are normal too.

Some kids love the limelight.  Posing for pictures with perfect strangers and practicing English with three year olds in a crowded supermarket is fun for them.

In my experience those kids are the exception and not the rule.  It is not the least bit uncommon for kids to be overwhelmed and even stressed to anger by the constant attention.

Your dual role as Mother Hen and Yoda may be stretched.  As Mother Hen nothing tweaks you more than people stressing your kids out and protecting them is your highest calling.  As Yoda you feel tremendous pressure to cultivate these impressionable young minds into kind, compassionate global citizens.

It’s not easy but striking the balance is key.  Show your kids that they are your top priority but teach them to respond with respect and politeness.  Even if the answer is, “no I don’t want to have my picture taken”, show them how to say it without anger and without causing a loss of face.

Answer this question:  What are the skills, values and experiences that you want your kids to gain while they are in China?

Now lay the answer to that question on top of your timeline and you’ll have the basic framework for charting your course.  It is two painfully simple elements:

There is no rocket science here but most people never do it.  Carve out some time and think it through as a family on the front end of your China journey.

This is the kicker.  None of these things just happens because you live in China.  Thinking through your time at the beginning will help you determine what it takes to get them done and what the course of action is for ensuring that you hit your goals and help your kids grow through this time.

There is a commonly held sentiment among many expat parents living in China that is hard to believe until you’ve experienced it yourself.  Even among the space invaders, the hair  touslers, the unsolicited advice givers, the incessant starers and the random strangers offering candy to your kids on the street . . . China often feels safer than home.

My disclaimer is this – there are bad people everywhere and you should protect your kids.

However China, generally speaking, has bragging rights when it comes to violent crime rates, predators and deviants.  Granted I’m coming from America (which doesn’t fare so well on the Global crime stage) but here are some stats:

China has it’s own issues.  Don’t be surprised if your pocket gets picked on a crowded bus or your bike gets stolen while your ordering a Big Mac but once you settle in and learn the rules you will likely enjoy less anxiety about creeps, lurkers and violent criminals than you do in most comparable urban areas around the world.

Simply put — don’t coach your kids on what is gross or weird or disgusting or “normal”.  If health or safety or morality is not an issue then let them explore and arrive at their own conclusions.  They’ll figure it out and develop some important life skills in the process.

Food is part of it but there is also a bigger picture.  Depending on their age and experience they have the opportunity to draw from the best parts of at least two different cultures (often more).  As a kid that experience translates into a broader palate and some really cool experiences but it grows up into the ability to be a bridge between entire groups of people who might otherwise struggle to understand each other.

Your kid is learning to judge based on how much you wrinkle your nose.

It’s a simple formula really.  They are programmed to take their cues from you.

When you have a bad day and blame it on China they will learn to do the same.  When you yell at people for staring they’ll know that staring is rude but yelling is ok.  When you withdraw and crawl under a rock they’ll make a mental note about how to deal with stress.

You get the picture.

There’s no guarantee that China will be great for them but the chances of that happening are astronomically higher if it’s great for you.

We’re really just scratching the surface here but if this is helpful spend some time chatting about it with your family.

If you know someone who is raising (or is about to raise) kids in China, pass it on.

And if you’ve been there and done that don’t be stingy — What tips do you have for raising kids in China?

Jerry is a husband a father a writer and a trainer who helps prepare people for life as foreigners in China and around the world. He, his wife and two children recently returned to the U.S. following seven years in China where he trained Chinese professionals to work with Westerners and Westerners how to thrive in China. He currently lives in Richmond, VA (USA) and works with Leadership Development International as a trainer and coach to staff who are transitioning into expat life. Jerry regularly writes on his blog, www.thecultureblend.com.